I first got involved with Front Lounge in 2007. I was in 3rd year at Arbroath Academy when the school hosted an iGNiTE workshop. I really enjoyed the workshop and wanted to get more involved and I got invited to participate in the iGNiTE Roadshow. iGNiTE is an open invitation to participants (usually young people) to do something creative they haven’t considered doing before. The roadshow part involved an iGNiTE team travelling around the country, offering different group the opportunity to get involved. I loved the idea of creating arts in different places.

Despite my anxiety and nervousness about meeting new people I didn’t know, I seized the opportunity to get involved. 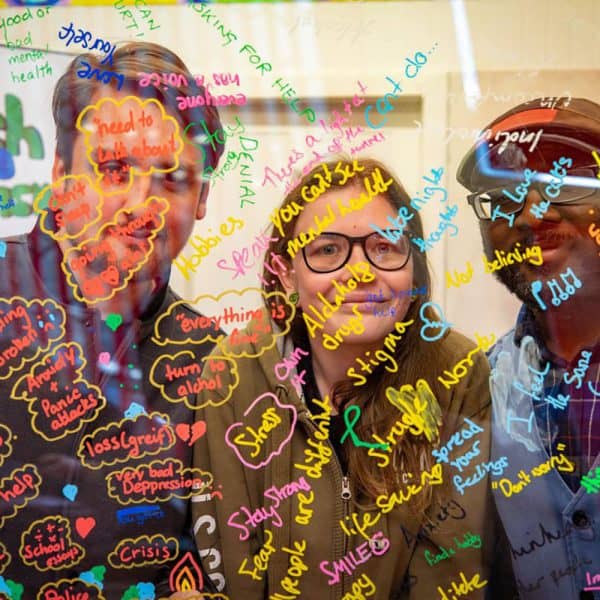 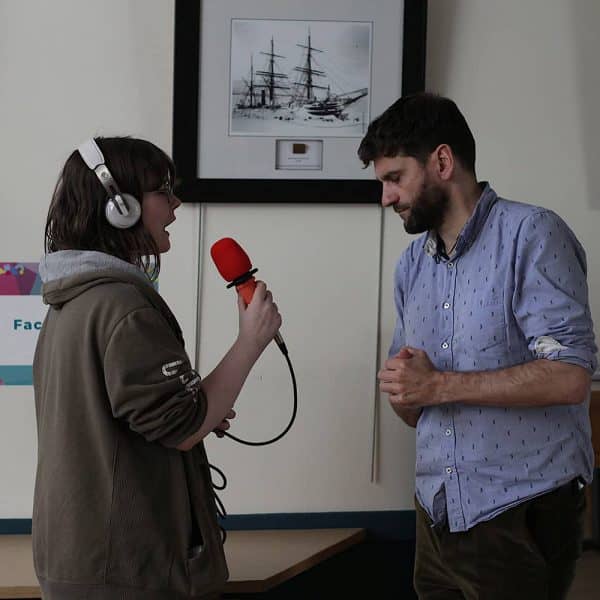 Getting involved in iGNiTE led to other adventures, which is very typical of Front Lounge. I was living with my mum – I was a carer for my mum – but I was also in kinship care. I didn’t realise I was a care experienced young person until I came and did some films and drama for ‘Welcome to My World’, which took place in 2008. Welcome to My World was one of the first platforms in the region for care experienced young people to creatively communicate the reality of being looked after to elected representatives and the wider care community through theatre, film and song. I also took part in the Scottish Government’s These Are Our Bairns Corporate Parenting roadshow events. I felt like we were making a change and it was fun. It gave me a purpose. Plus, I got to go to unexpected places around Scotland which helped take my mind off of my living situation, which was hard to say the least. 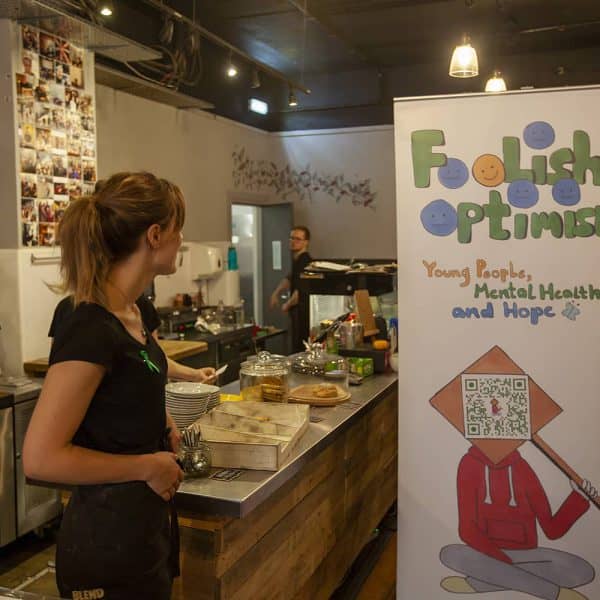 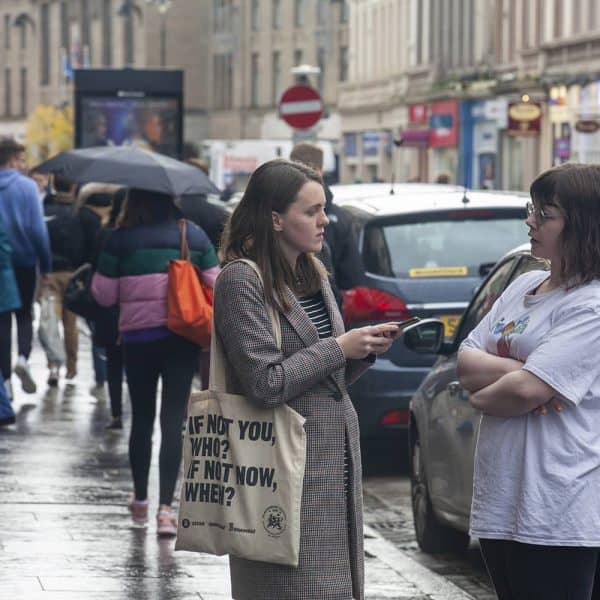 When we did the Foolish Optimism presentation to the NHS in early 2019 that was when I realised, I was invested in Front Lounge. There weren’t enough seats; there were important people there; and there was a sense of anticipation in the room. It showed me that we were doing something important; it was an accomplishment. As with all of Front Lounge work it was daunting but very exciting. Foolish Optimism was the best, it’s good to see people who don’t believe in themselves beginning to believe in themselves. Hearing people’s stories is amazing. When I was younger, I lost myself as I had a major identity crisis. My confidence was knocked because of poor mental health. But I realise now that I am not alone.

Foolish Optimism really helped me grow my confidence. I got to know about myself.

You have time. You are never too old, I’m 27 (and counting!) and I’m still umming and aahing. Find something you love to do and do it. That’s the first step. You need to get out there to find that thing to do that thing. Find it. Do it. Front Lounge is very good at helping people find themselves and helping them do the thing they love. 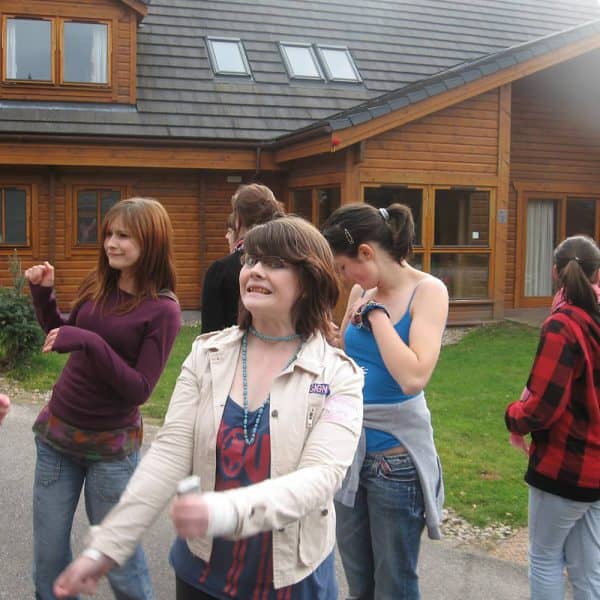 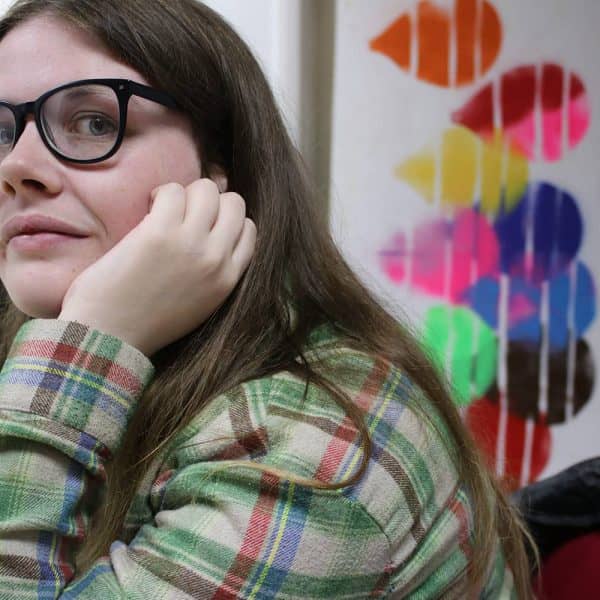 If you are interested get in touch and find out. There is no prejudice. You don’t need to be scared. And we make sure everyone is included. Everyone speaks to everyone. We are all one group despite there being different groups of activities happening. For instance, Bringing Up Baby is very different from Foolish Optimism, which is very different again from On The Whole, but we all work together and speak to each other.

Front Lounge is a very open and innovative and creative bunch of people.