I was about five when I got involved in The Adventures of the Little People project. I was very shy but I never felt out of place. I loved us being able to create our own thing from ideas we played with and explored. It was for kids, made by kids, facilitated by adults. It was invented by the children; it is said that kids should be seen but not heard and that wasn’t the case for The Adventures of the Little People.

I continued coming back to Front Lounge because I could be myself and be with my best friends.

At 16 The Adventures of the Little People were the ‘next’ generation of young people; the people who had worked with us when we were children had gotten older and were moving on and so we began taking their place. We spoke to different groups of young people to see if they wanted to get involved. One of the projects I am very pleased about is working with the residents of Johnston Avenue in Dundee to help reduce the speed limit on the road. We did a photography project with the residents, and the final exhibition was used as evidence to argue for stronger traffic calming measures. I am proud of myself and the group because we actually managed to reduce the speed limit on Johnston Avenue at the age of 16. 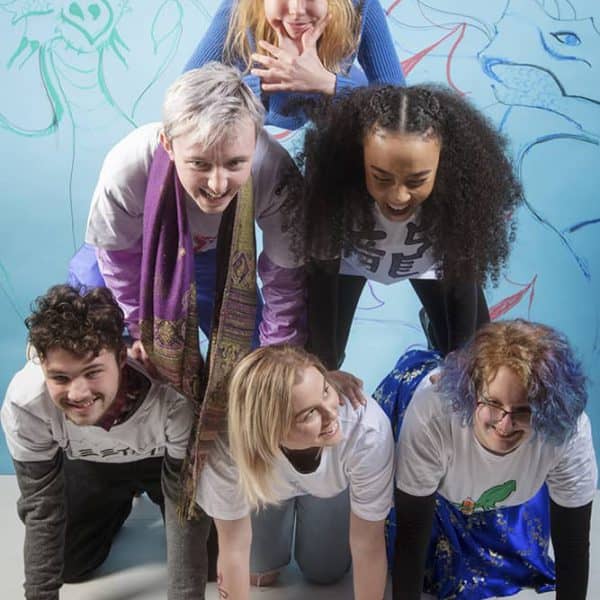 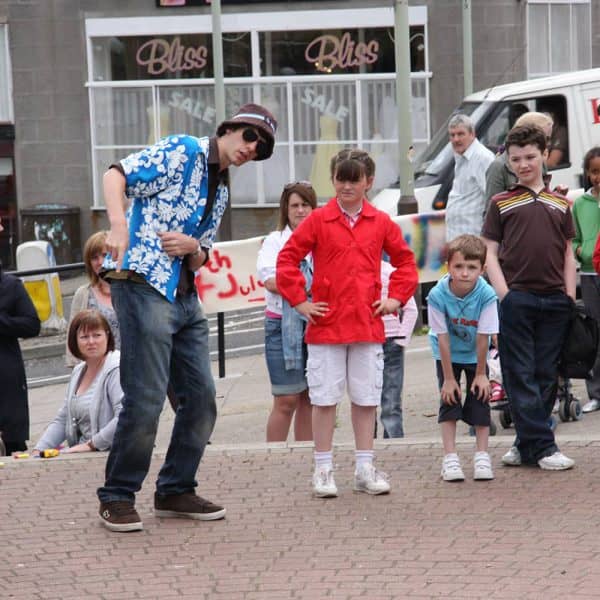 We were also really interested in going to China. So, we began fundraising towards that. It was a challenge keeping our determination and not losing sight of the end goal. I remember being in charge of a marathon length run from Broughty Ferry to Camperdown. It was physically and emotionally difficult but we did it, and I really enjoyed the experience. Not everyone who originally expressed interest managed to get to China in the end, which we did in the summer of 2017. The few of us that did go never lost sight of the final goal.

China was a great experience. I loved being in China. Sightseeing. I loved working with the kids and sharing experiences with them. When we were in China, we all stayed together in an apartment but for one night when we were invited to sleepover with a local family. I am so fortunate to have been given these opportunities. I will never forget. The project was transformative: I wasn’t the same person when I got back home… 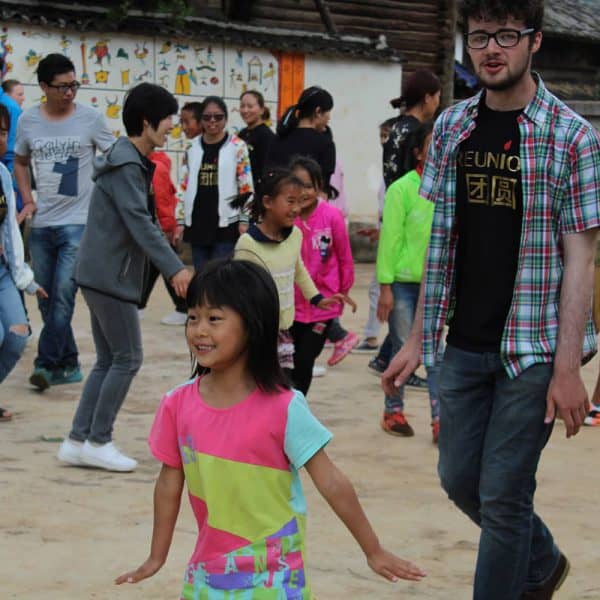 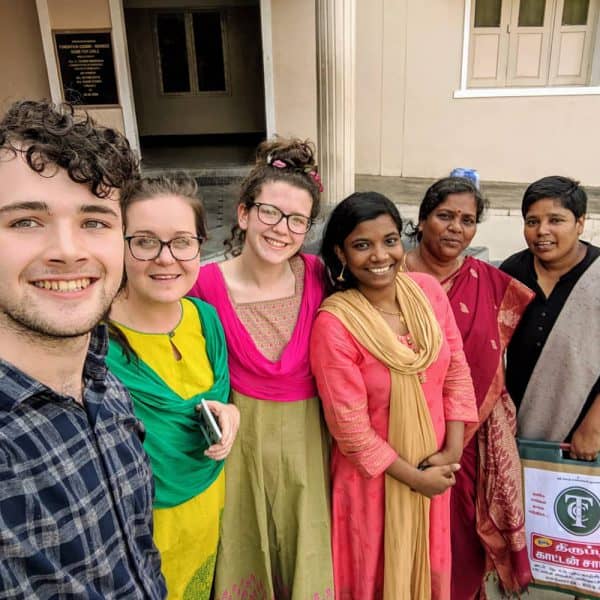 The following year I was invited to go to India along with 3 travel companions. The plan was to celebrate International Women’s Day with our friends in Tamil Nadu, India. Unfortunately, two of my travelling companions were blocked from getting on the plane because of problems with their visas. We were given the choice: for the two of us without visas to carry on ahead or to cancel the entire trip. We decided to carry on ahead. I remember seeing my old playground assistant in Dubai, it makes me laugh every-time I think about it. We arrived in India to meet someone we had never met before in a completely different world we had never prepared for. Despite all our travails the results of International Women’s day were actually quite profound. We managed for at least one day to get everyone to work together, the older women of Thendral Movement and the pupils of Sendivakkam Roman Catholic School. I still really struggle putting India into words.

Front Lounge allows people from all different backgrounds to be involved. It gives people the opportunity to mix with others, share stories. You can start doing stuff that you would never have had the exposure to. There is so much connectivity. Front Lounge has given me so many opportunities, I’ve learned more about myself, practiced life skills, I’ve learned how to be a leader. I learned how to review things as I go. I’ve achieved so much and been able to have the opportunity to do so many different things. I can’t begin to list the things it has given me, all the things I have been able to put on my CV. I wouldn’t be as confident, or pushed myself as much as I do. I’ve matured a lot. It’s helped my planning and organising skills, and I wouldn’t have been as level headed as I am today. 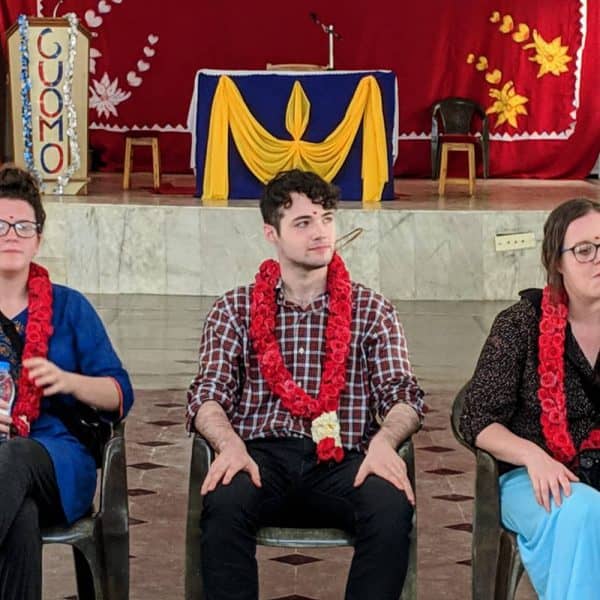 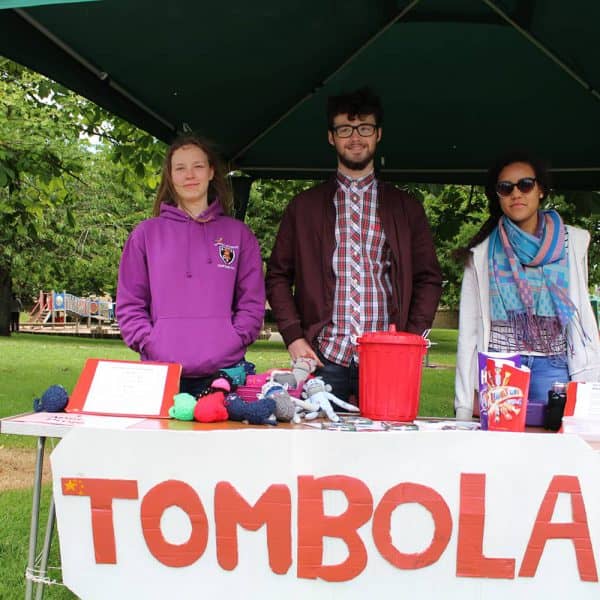 I am currently studying Zoology and Economics. All my volunteering from Front Lounge has given me the confidence to do what I want and has helped me to apply for university and actually get in.

Front Lounge gave me exposure to the world and it has 100% helped me develop. I was given so much responsibility which in turn has given me the confidence to act even though the situation might be daunting.